Under the direction of Mauro Forghieri, Ferrari developed a new flat-12 engine for 1970. This horizontal “boxer” layout allowed for a very low center of gravity while allowing a clear airflow beneath the rear wing. To minimize frictional losses the crankshaft revolved in 4 main bearings. After a series of failures a Pirelli cushion coupling between the crankshaft and the flywheel was added. This unit was to power Ferrari for the next decade. 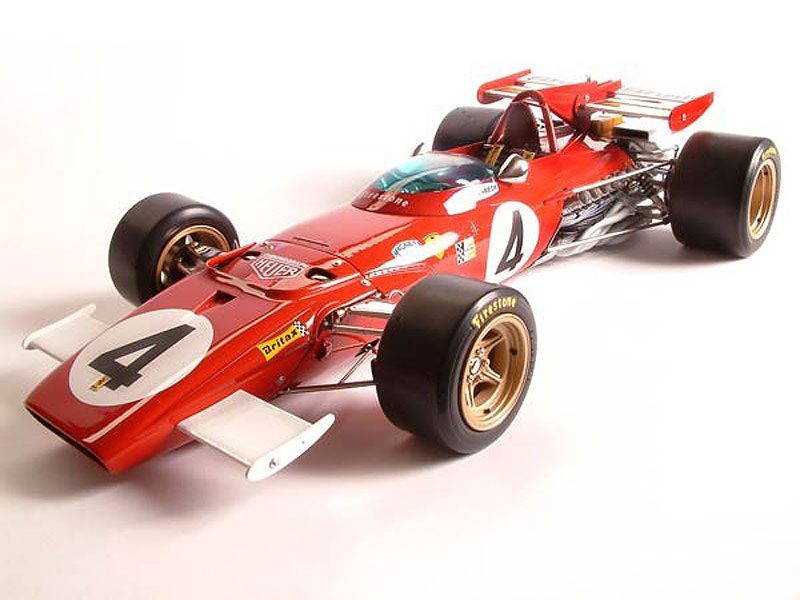 Five cars were built for the 1970 season. A late charge by Ferrari and number 1 driver, Ickx, saw the red cars start from the front row in seven straight races. Having won at Austria, Canada and Mexico the Belgians title came up short when he suffered a broken fuel pipe at Watkins Glen.

Mario Andretti made several guest appearances and the new year began with a bang when Ferrari won the first three races. Early season success could not be maintained as the cars suffered handling problems with the new Firestone tyres and several mechanical breakdowns added to the teams woes.

The last evolution the B3 saw new bodywork with side mounted lateral radiators and a large front wing. The 1973 season was marked with zero wins and additional modifications carried out for 1974 finally saw Ferrari return to the front ranks no doubt helped by the talents of a young Austrian by the name of Niki Lauda.